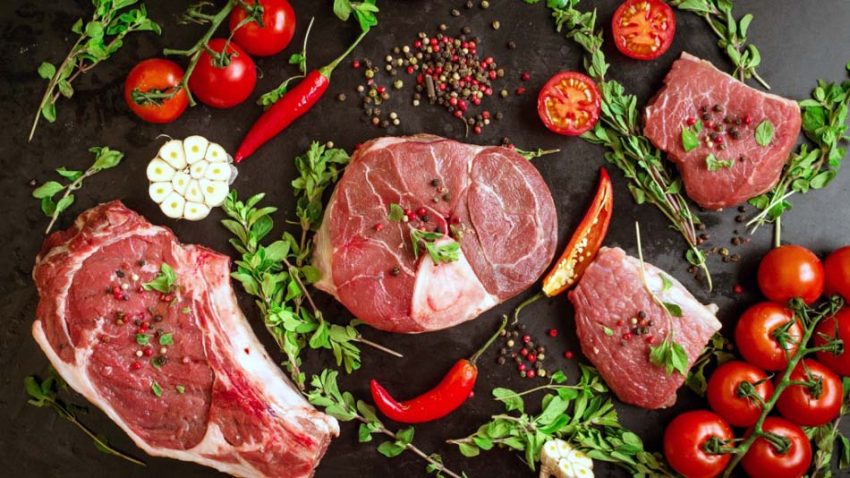 Is it healthy to eat meat ? Should we reduce intake or is it better not to eat meat
Among the recommendations of meat consumption of the World Health Organization, the growing social interest in veganism and articles of meat associations that only talk about the benefits of eating meat bypassing the risks

it is normal that there are omnivores that have not been clarified .
Is it healthy to eat meat ? Should we reduce intake or is it better not to eat meat?

Is there any kind of meat that can be eaten ?

Before continuing it should be noted that our diet should be composed mainly of plant-based foods :

raw and cooked vegetables, cereals, seeds and legumes. In a balanced diet we must introduce protein into our diet and this can come from a vegetable source (legumes, nuts) or animal (meat, fish, dairy). From here, if you are omnivorous and one of your protein sources is meat, you may wonder what kind of meat and how often you can eat it .

In this article I explain it to you.

Is it advisable to consume red meat ?
It is recommended to consume red meat a maximum of once a week . According to the latest report prepared by WHO  red and processed meat contains, to a greater or lesser extent, a series of compounds whose intake is associated with the risk of suffering from various chronic diseases such as cardiovascular diseases or cancers.

These substances are saturated fatty acids, cholesterol, salt and nitrites, which are naturally in the meat or that are added or formed during the cooking process.

The best red meats we can consume are those from lean veal, horse or ox. These meats, within the group of red meats, provide us with less fat, a good contribution of proteins of high biological value and are a good source of iron, zinc, potassium, phosphorus and vitamin B12.

Red meat and its contribution in iron
We have to keep in mind that red meat is a good source of iron due to its pigmentation, myoglobin. By having a greater amount of myoglobin (an iron-containing molecule), the amount we can get from iron from this type of meat is better.

White meats also contain iron and other iron-rich animal foods are shellfish such as clams, cockles, mussels or egg yolks.

On the other hand, as sources of plant origin rich in iron we have sesame, nuts, legumes, whole grains and green leafy vegetables such as turnip greens or cabbages. They can be combined with foods rich in vit C for a better use of iron absorption.

Would eating white meat be a good option?
The most recommended white meats in omnivorous diets are those of rabbit, turkey and chicken. White meats have proteins of the same biological value as red meat, but these, in addition, contain less saturated fat and therefore cholesterol.

On the other hand, it should be noted that the iron intake after consumption is less than that from red meat.

White meat can be eaten 3-4 times a week, to allow other important food groups such as white fish, blue fish, eggs or legumes.

Are sausages healthy ?
The healthiest sausages are turkey breast, chicken or sweet ham. It is important to look at the list of ingredients and make sure that it contains at least 80-90% turkey / chicken / ham. Then we can look at the salt content, always choosing the one with the least amount of salt per 100g of product.

Cured ham is one of the least processed sausages there is, but it still has saturated fats, cholesterol and lots of salt. Therefore, its consumption will be limited to a maximum of 2 times per week , as long as the visible fat is removed and depending on the person we are advising on a nutritional level and the pathologies that may have associated.

Can you eat raw meat ?
The consumption of cooked meat will always be safer and, in addition, cooking improves digestibility and palatability.

It is not advisable to eat raw white meats, mainly those from poultry such as chicken or turkey. The consumption of undercooked or undercooked white meats can cause infection by bacteria such as Salmonella, Campylobacter or Escherichia coli .

Escherichia coli (E. coli) is a bacterium that is normally found in the intestines of warm-blooded animals and is transmitted to humans primarily through the consumption of contaminated food, such as raw or undercooked minced meat products.

The E.colidestroy cooking food until all parts reach a temperature of 70 ° C or more. Therefore, the cooking of these meats in their entirety will be essential for their consumption.

the consumption of meat will not be harmful, as long as the frequency of its consumption and the ration is adequate , as I have explained in previous lines, and is consumed within the framework of a balanced and healthy diet in which the fruits, vegetables and vegetables, legumes, fish and in which virgin olive oil is used as the main fat.