The north of Spain is very green and damp, with rains present. The south is dry and hot, of course it is the most sought after by Europeans, especially for summer when the day seems not to end and you can enjoy different activities.

1. Zaragoza
Panoramic of Zaragoza, tourist places of Spain
This city to the north of Spain still retains among its streets that Roman, Muslim, Jewish and Christian heritage that contrast with the modern infrastructure that also stands out.

How to get?
From Bogotá you make an air reservation to Madrid. From Barajas Airport you are looking for line C1 located at terminal 4, to Chamartín-Recoletos-Atocha station, from there to Zaragoza-Delicias terminal.

What to know
As in any traditional city you have to start with the historic center where the Plaza del Pilar and the Basilica are located, there if the tradition is fulfilled you have to kiss the Virgen del Pilar, which has the largest number of devotees on 12 October.

This October day from 7 in the morning until 9 at night families parade with their traditional costumes to leave floral offerings as a sign of their devotion. Around 10,000 flowers have been counted.

In addition to Catholic temples, there are museums such as Caesaraugusta, where you can see the remains of a Roman theater. Then you can walk along the Paseo de la Independencia, where you can find souvenir shops.

A modern place is the Zaragoza Bridge Pavilion which is shaped like a gladiolus and connects the two banks of the Ebro River through the Almozara neighborhood. Its rooms are used for cultural exhibitions.

What to eat
Zaragoza is one of the cities in Spain that still has the habit of going from Tapas through the areas of Plaza de Santa Marta, Magdalena, San Miguel and Tubo. In addition, you can try the typical dishes such as borage, crumbs or ternasco (young lamb meat).

2. San Sebastian
Overview of San Sebastian, tourism in Spain
This coastal city in northern Spain is especially famous for its beaches and the San Sebastian International Film Festival that takes place every year at the end of September.

How to get?
From Madrid the flight lasts one hour and 15 minutes. If you choose the train trip, you must arrive at the Atocha station and you will have 5 hours to enjoy the Spanish landscapes.

What to know
The Beaches are its main attractions, San Sebastián is one of the most chosen destinations in the summer season. La Concha is its famous beach, Zurriola is the special one for surfers and the one on the island of Santa Clara.

The old part of the city is a walk that must be done to feel the Donosita essence, with its emblematic buildings among which are the Plaza de la Constitución, the Basilica of Santa María del Coro and its houses with balconies, many of these turned into bars and places where pintxos or tapas typical of the region are served.

What to eat
The cuisine of San Sebastian has several Michelin stars thanks to its seasonal and high quality products such as fish and shellfish from the Bay of Biscay, vegetables, cereals and meats from the region.

In San Sebastián there are gastronomic tours that include cooking classes and ham cutting; wine tours and local markets or go one night to the bars and pintxos (Basque tapas) of the old town.

In the center of the city there are churches, convents, palaces and commercial premises that are regularly visited by tourists who come to stay mainly in the sectors of Rota and Chipiona.

How to get?
From Madrid it is an hour flight to Jerez de la Frontera and from there to Sanlucar de Barrameda, it is 30 minutes by car.

What to know
This city is divided into Barrio Alto where the buildings and historical monuments are, as well as the chamomile wineries; and Barrio Bajo where most of the gastronomic offer is located.

During the tour you have to visit the Palace of the Dukes of Medina Sidonia, the convent of the Capuchins, churches and centenary monasteries, as well as the beaches that are its main attraction.

Tapas plan for Madrid
A week in Barcelona
What to eat
Sanlucar de Barrameda is the city of chamomile. In the Barrio Alto there are the wineries where dry wine is preserved in white oak barrels, recommended by the experts as an appetizer.

And to accompany the appetizer, there is nothing better than a tapas plan or eat some of the specialties of the city such as prawns, fried fish, sea rice, seafood sprinkles.

4. Seville
Spain square in Seville, tourist places of Spain
The Andalusian capital is considered one of the most beautiful cities in southern Spain, which has a wide range of hotels that does not reach vast in the summer.

One of the plans is to travel the streets in horse-drawn carriages, such as those that make up the historic center that treasures buildings declared World Heritage. In the rest of the city you will find museums, art centers, theme parks, theaters and numerous terraces, bars and bars that offer one of the tastiest customs: Tapear

How to get?
If you arrive in Madrid you can book an air ticket for one hour of flight and if you choose to go by train, you must arrive at Atocha station and in 3 hours you are already in Seville.

What to know
The Plaza España is one of the most majestic places in Seville, with a semi-elliptical shape symbolizes the embrace between the old metropolis and its colonies and the building that borders it looks towards Guadalquivir, place from which the trip to America is undertaken.

This is a journey that must be done without eagerness to see every bust of some illustrious men and their 48 banks adorned with tiles, with which several scenes of the history of the provinces are represented.

The Torre del Oro that was built as part of the fortification to defend the city, is now the Naval Museum where you can see historical documents, engravings, nautical charts and navigation instruments.

On the outskirts of Seville there is a great architectural heritage that you should know. Here are some of them:

The Castillo de las Aguzaderas is in El Coronil, an hour’s drive from Seville. This fortress was built with the purpose of defending the water spring. It is currently used as an auditorium.
The Monastery of San Isidoro is located in Santiponce, just half an hour by car from the city. Initially it was a family pantheon ceded to Cistercian monks and it was there that the books prohibited by the Inquisition were translated during the Reformation in Spain.
The Church of Our Lady of the Olive is a construction of the thirteenth century and was declared a Site of Cultural Interest, which is located in Lebrija, an hour by train from Seville.
Also you must program to know the Cathedral, the Giralda, the Aquarium and some museums.

What to eat
Because of its proximity to the coasts of Cádiz and Huelva, the typical dishes of this region honor him with the traditional fried fish, snails accompanied by a good cane.

From the menu you can also order a tail of oxtail, an Andalusian gazpacho, flamenco eggs, tapas with olives. Of course, olive oil cannot be missing in the dressings in one of the regions that produces this most precious liquid.

5. Salamanca
Panoramic Salamanca, tourism in Spain
This city “World Heritage” is quiet and can be traveled on foot, by bicycle or on the tourist train to have the opportunity to know the heritage of monuments, convents, legends and anecdotes.

How to get?
It is three hours by train from Madrid. You must locate the underground line 8 to the Nuevos Ministerios station, then to Chamartín and from there to Salamanca.

What to know
The Plaza Mayor is one of the most representative baroque monuments of the city. This work was built with the golden stone of Villamayor and its perimeter ends with the City Hall building.

The University of Salamanca, is the oldest cloister in Spain, its facade was carved in stone with a lot of symbolisms among which the frog on the skull stands out, the one that tourists look for to take a photo, if they find it , because it is a task that needs help.

The old Cathedral, was built between the twelfth and thirteenth centuries with Romanesque design, the classic Latin cross and three centuries later the cathedral complex was complemented with the New Cathedral, of Gothic design.

The Casa de las Conchas is a representative urban palace of the noble class of the 16th century. Its facade is decorated with shells and some flowers of lis on the shield. It currently works as a library.

What to eat
Salamanca sausages are the best eaten in Spain, ask for the ham of Guijuelo and Iberian, farinato, as well as chorizo.

Typical dishes are prepared with ingredients from the region such as Armuña lentil, morucha meat and Arribes wine. 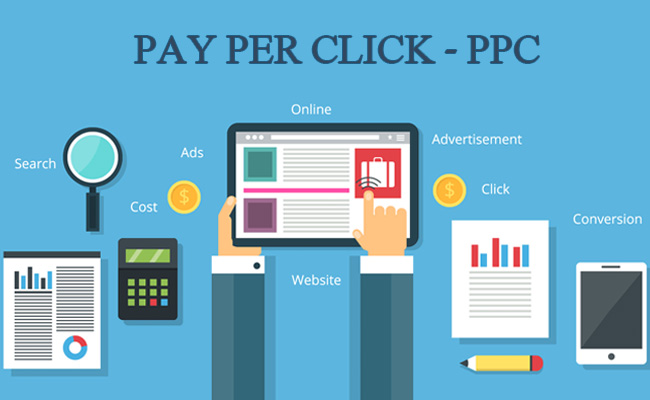 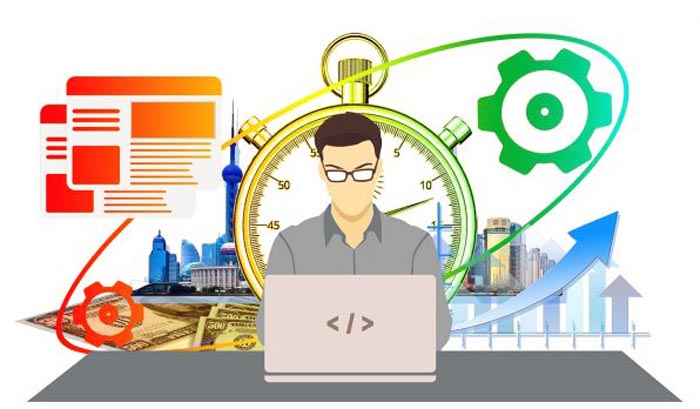 How to start your way to self-employment

Search the art of design 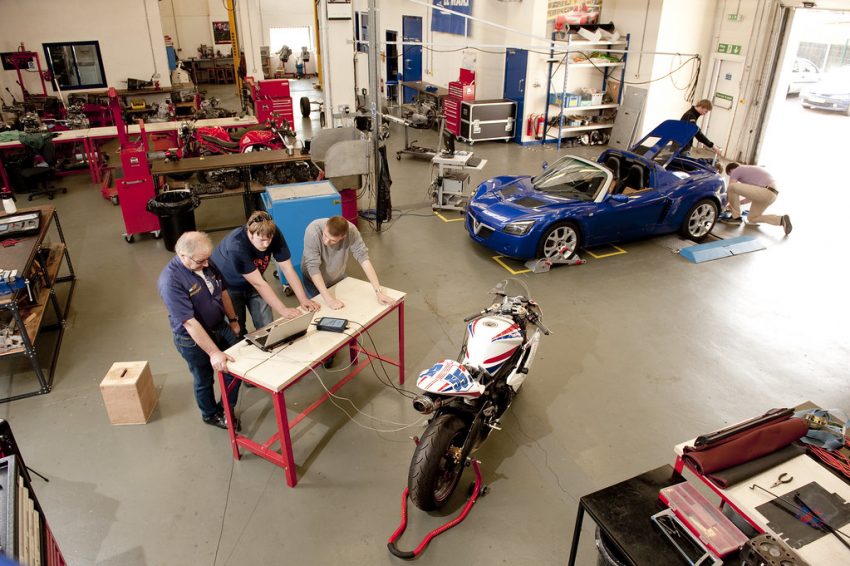 Study mechanical engineering in the USA United States of America